Saw: Past Modals Speculation – Might/Could/Can't + Have + Past Participle

This is one the scariest movies I have ever seen, but the scene isn't. It is, in fact, great to practice past modals for speculations for the main characters have no idea of how they got to that place. 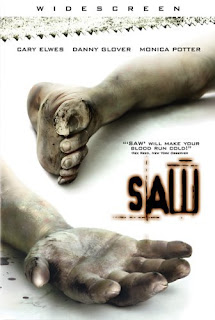 Watch the video segment and guess what might have happened to the characters.


Check the options you believe are possible explanations for the characters to be in such a place.


( ) They were drugged before taken to that room.

( ) Adam was kidnapped while he was sleeping.

( ) Adam had his kidney removed.

( ) A stranger took Lawrence, the doctor, to that place.

( ) A serial killer planned a horrible death for the characters.

( ) Adam and Lawrence went there because they wanted to.

They might have been drugged before taken to that room.

Adam can’t have had his kidney removed.

A serial killer must have planned a horrible death for the characters.

How to develop your own video acyivity:

• Ask students to rewrite the same sentences, using with the grammar goal