This scene is great because it's unique. Jack Black's character sees his beloved extremely fit and gorgeous, but he doesn't know she is actually a very fat girl. Despite the prejudice, he eventually falls in love with her because of her inner beauty. This scene is perfect for the students to practice the 2nd conditional, imagining the characters seeing the true picture of the events. Here's the lesson plan: 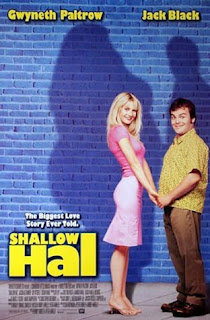 Gwenyth Paltrow plays the love interest of Hal (Jack Black) in this comedy about a shallow man who falls in love with a very fat (but inwardly beautiful woman), because he is hypnotized into believing she is outwardly beautiful. 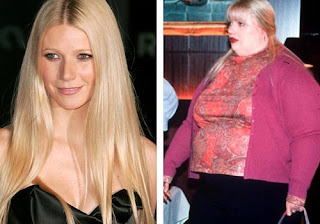 A. Watch the segment and check the items of what happened in the video but would definitely be different if rosie were actually as thin as Hal’s imaginary Rosie.


1. Hal told her a bad taste joke about the underwear she was buying.

3. He had to apologize for his jokes.

4. She ordered a huge meal.

5. The waiter wasn’t surprised by the order

8. They didn’t envy Hal’s bragging about his girlfriend.


B. Now rewrite the sentences above using the second conditional. You may use WOULD – if you’re sure - MIGHT, COULD – if you are not 100 % sure.

Posted by Claudio Azevedo at 12:14 AM