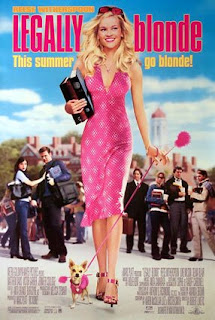 This is one of the best scenes from comic movies I have seen. I like how far fetched, but appealing it is. The answers are on the worksheet. Make sure you pre-teach court vocabulary (judge, attorney, lawyer, court, defendant, prosecutor, witness, etc).

Watch the video segment and circle the best verb for each sentence, according to the information presented in the segment. Then decide which form (gerund / infinitive / obj + gerunds or infinitive) of the words in parentheses is best.

How to develop your own video activity:
- Select a scene in which several people have to defend their arguments - like a trial, for example.

- Prepare sentences with the characters' argumentation, offering the choices of different verbs so you can check listening comprehension too.

- The students choose the correct verb and decide if the following verb is in the infinitive or gerund form.


https://www.youtube.com/watch?v=_I_GYgGjxFM
Posted by Claudio Azevedo at 1:48 AM

thanks a lot!!!! it really helped me!

Hey, it's awesome. I've surfed on American blogs, English blogs, but I just found the best one here in my country.....I was looking for games about verb +ing or to and then I found your blog. Thank God I haven't given up searching! Now you're my favourite. I hope to be like you someday. All the best.

Thanks for your really motivating comment! It's so rewarding to hear that. Come back often. See you.

I don't often leave comments here, but I do come here a lot to get your activities.
This activity is awesome, just as the other ones! Thank you a bunch for sharing it with us!
I wish I could be useful somehow.. as I don't know how I could do it right now, I think I could at least leave this message to congratulate you for the wonderful job!

I don't often leave comments here, but I do come here a lot to get your activities.
This activity is awesome, just as the other ones! Thank you a bunch for sharing it with us!
I wish I could be useful somehow.. as I don't know how I could do it right now, I think I could at least leave this message to congratulate you for the wonderful job!

Thanks, Flavia, for your kind words. Make use of the activities with no guilt! Enjoy them. See you around.

Hi. Thanks very much. Great lesson plan and a great idea for teaching verb patterns. The film was very popular amongst my students and it certainly motivated them to learn verb patterns.

Dear Jami,
Thanks for your comment. My students also enjoyed both the segment and the activity. This grammar point is so barren and this post's activity certainly enlightened my lesson plan. Great to hear you.

Its just what I needed. Thank you very much and congrats on your awesome blog!!

Well structured, easy to use and a great way to break the pace in a class. Thank you so much for sharing these activities. I'll certainly come back and use some more. I have some exercises to use with songs if you're interested?

Thanks, Jane. Sure I would like that. I'm not an expert in songs.

Evening everyone, does anybody know how to download the video clips?

Dear Alex,
Check out this post. It is very easy wth real player but there are other options.

Let me know if you managed.

can i have the answers?

The answers are on the worksheet. You can download it from the link at the end of the post. Here they are, anyway:

1. REFUSED TO ACCEPT
2. DECIDED TO FIRE
3. LOVES WEARING
4. RESOLVED TO PROCEED
5. COULDN’T HELP TALKING
6. TOLD THE LADIES TO TAKE
7. SWORE TO TELL
8. CLAIMED TO BE (HAVE BEEN)
9. DENIED HEARING (HAVING HEARD)
10. LET ELLE MAKE
11. ADMITTED KILLING (HAVING KILLED)
12. ALLOWED THE DEFENDANT TO GO

Thank you for your generous offerings.

I think I've found inconsistency in the Legally Blonde worksheet. All the verbs in square brackets are in the past form, except 'forbid'. Maybe you should put it in the past as well.

Dear George,
Thanks for the feedback. I have changed that. See you.

Unfortunately, the link to download the worksheet isn't working :/

It has been fixed, Luisa.