This segment will provide the students with a fun opportunity to practice relative clauses. The segment is funny and the language used is easy. 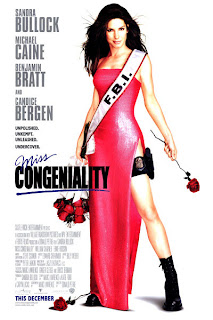 Watch the video segment. Write in parentheses the abbreviation of the state the candidate represents according to the information provided during the pageant in the movie segment.
RI - Miss Rhode Island

(CA) She is a music major.
(CA)She likes opera, reggae and the Beach Boys

(RI ) She is a Science major.
(RI ) Her field is nuclear fission.

(NE) She is a Theater major.
(NE)She helps run a drama program for underprivileged children.


( ) She hopes to become a pediatrician.
( ) She likes taking long luxurious bubble baths.

( ) She told the audience she was a lesbian.
( ) She was removed from the stage.

( ) She believes America is like a big ship.
( ) She became Miss United States.

( ) She realized that the participants are smart, terrific people.
( ) She used to consider the Miss United States pageant outdated.

Now rewrite the pair of sentences above using relative clauses. Start the sentences with "Miss... "


Ex: Miss California, who is a Music major, likes opera, reggae and the Beach Boys.
Miss Rhode Island, whose field is nuclear fission, is a Science major.
Miss Nebraska, who runs a program for underprivileged children, is a Theater major.

How to develop your own activity:


- Choose a scene in which there are several characters clearly shown.


- Write down pairs of pieces of information about each of the characters.

Hi Claudio
Great ideas for this film, really! jsut a typo I'm sure you'd like to correct - unrescritive clauses for unrestrictive. Tchau
Beth

Thanks. I've corrected it.

Thank you so much for sharing. It's hard to find good video-based activities these days...
Luci

Great to hear that!

Thank you very much, your blog is just great! Very useful for busy teacher who want to bring something enjoyable to the lesson. Thanks again