Premonition: Past Modals – Speculation/ Impossibility Speculation – Might/Could + Have + Past Participle

I just love this movie, which was not such a great blockbuster. The story is clever and I was intrigued by the plot throughout the movie. Although a bit shocking, the scene is perfect to speculate about what happened to the characters. So I used it to practice the use of past modals for speculation. 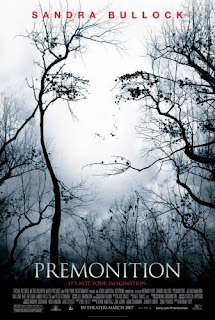 Watch the video segment and guess what might have happened
to the characters. Check the options you believe are possible
explanations for the characters’ current situation.

( ) Jen took too many tranquilizers in the previous night.

( ) Her daughter had a domestic accident.

( ) Jen hit her head on the floor and can’t remember anything.

( ) One of the children was attacked by a mad dog.

Ex:
1 - Jen might have taken too many tranquilizers in the previous night.

2 - Her daughter might have had a domestic accident.
.
How to prepare your own video activity:
Grammar Goal: Past Modals – Speculation/ Impossibility

• Select a segment in which the viewer cannot predict what happened before the scene actually takes place.
• Prepare an exercise with several possible (or impossible) explanations for the puzzle.
• Ask students to rewrite the same sentences, using the grammar point – Might/ Could/ Can’t/ Must + have + past participle.

This a very good idea! I was just looking for some extra activities to have my students practice this structure. Thanks for sharing this material!!

Thank you for the feedback. This segment works really well for the purpose. Thanks for visiting.

Thank you, Breatriz. I'm glad they are useful.

I love using this segment. I've used several times, and I always have great results with or without the worksheet. My favorite part is how curious they get to know what really happened, so I tell them to rent the movie, hehe! :)

I agree. They want to kill us, teachers, when they realize we are not revealing the truth. Thanks for the feedback.

Thanks very much for the clip and idae I will use it tommorow, however the worksheet does not download.

Thank you, Jonathan. It is weird that you couln't download it. I have just opened it now. Try it at http://www.scribd.com/doc/14696286/14-Premonition-Modals-for-Speculation
This is the scribd page you can find the uploaded document. I hope it works now. Claudio

I have just seen this. I am going to use it in my class tomorrow. I will let you know how it works.
Great idea.
Orla

Great. Let me know if it worked. See you.

Help please!! I can't download the movie clip and can't find the precise scene on youtube - where does the scene appear in the movie? I'd be grateful for your help! Thanks.

Check this post out. It is probably your intenet browser version. It is very simple with real player. Let me know if you managed. This video is not in youtube, just here.

Thank you for your kind words.

this is just wonderful idea !
I wanted to ask.is it possible ti use "will" instead of "must" to express high probability? I'd appreciate your answer :)

that's really helpful !
but I wanted to ask if we could use the modal verb "will" instead of "must" to express high probability?

Yes, both are possible!

Hi, I want to say thanks for the great material in this blog. You and your guests make our job that much easier and engaging for the students. I can't get to the segment of this movie, Premonition, but I happen to have it at home. Could you describe the segment so I can use the material? Once again, thanks!

It has been fixed. Check it out.