This is a great and funny romantic comedy. I simply love this hilarious scene. I used it to practice the 3rd conditional with result clauses with present and past consequences - mixed tenses. It was great for the students to realize that the context is the only clue they have to do this exercise. I hope you enjoy it. 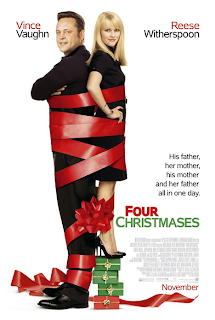 Read the pair of sentences below. Circle the correct alternative according the in

formation presented in the movie. Then rewrite the sentences using the 3rd conditional with mixed tenses. Make sure you observe whether your result clauses have a present or past consequence.


a. He saw / didn't see some pictures of his fiancee's childhood and adolescence.

a. She ran / didn't run a test for pregnancy.


b. She knows / doesn't know whether she is pregnant now.


a. She was / wasn't careful enough with the test device.

a. Katie had / didn't have a trauma with jump-jumps when she was a kid.

b. She is / isn't terrified by them nowadays.


a. The family heard / didn't hear Katie screaming in the jump-jumps.

b. They thought / didn't think Katie was having fun.


a. Kasi knew / didn't know that Katie had peed on the "marker",

b. Kasi put / didn't put the marker in her mouth.

had been - wouldn't have taken

hadn't had - wouldn't be

had heard - wouldn't have thought

had known - wouldn't have put
Posted by Claudio Azevedo at 12:27 AM