Creation: So x So That

This movie is about Charles Darwin's life, so it was interesting enough despite the slow pace of the movie. This scene is the beginning of the movie and it is one of the best moments of the film. I used it to contrast the use of SO with SO THAT, which students often misuse. 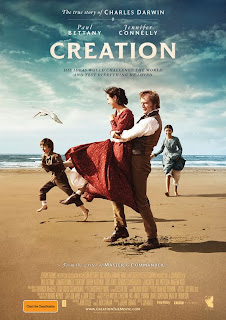 A. Read the sentences about the segment and choose the best answer - SO or SO THAT. When both are possible, choose SO THAT.

1. The natives had never seen those shiny objects, so x so that they became fascinated.

2. Darwin gave them the objects, so x so that he asked for a few spare children in return.

3. Darwin took the children to Europe so x so that he could teach them civilized manners.

5. The children were taken away from their home, so / so that they got scared.

6. The children were not protected against the white men's diseases, so x so that one of the children died of smallpox.

7. The children were taught proper manners so x so that they could meet the King and the Queen.

8. Two years later, the children were taken back to their homeland so x so that Darwin could see the results of the experiment.


9. As soon as the children saw their people, they remembered their habits, so x so that they took off their clothes and joined their people.
B. Discuss the following questions.

4, What about the children?

Tags: so x so that