This is an overwhelming movie. The visual effects are spectacular and it has a great plot. I used this scene to have students practice a grammar point many course books neglect addressing, the use of (the) other (s) and another. It is a great scene and the students love it. 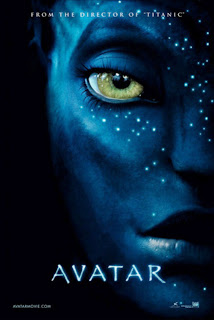 An Ikran is a predator who lives in mountainous territory on Pandora. Na'vi warriors, Pandora's humanoids, attempt to bond with an Ikran, a dangerous and required ritual of their people. 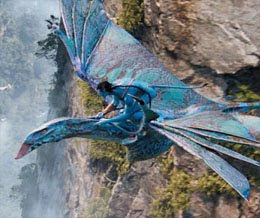 A Na'vi riding an Ikran

A. Watch the movie segment and complete the blanks with OTHER, THE OTHER, OTHERS, THE OTHERS, or ANOTHER.

7. There were four Na'Vis in the scene. Jake Sully, Neyeriti and two _______ warriors. Neyetiri and two of of the Na'Vis were happy about his success, but ________ one wasn't happy at all, because he was jealous of Jake's accomplishment.

Tags: (the) others (s) and another