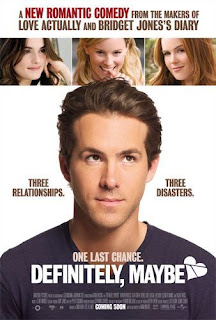 This is the opening titles scene of this really nice romantic comedy. Ask your students to pay attention to what people are doing during the main character's (Will's) walk from his office to his daughter's school. Because there are several characters performing different activities, it is great for the students to practice the use of relative (restrictive) clauses.


I. Match the two activities the same character(s) is (are) performing.

(1) A man sells fruit for a living on the street.

(3) An elegant woman was walking her dog.

(4) Many children and parents were arguing.

(5) A girl was shouting madly at her mother.

(1) He was reading a magazine.

( ) He prevented Will from being run over by a truck.

( ) They were talking about the sexual education class.

( ) She thought her mother had lied to her.

The sentences are in the order of the correct matching. Mind mixing up the sentences before you prepare the students' exercise sheets:

- Select a scene in which a lot of peole are performing different actions at the same time.

- Have students match 2 activities (or the character's physical characteristics or clothing, for example) the same character is performing.

- Have them write restrictive relative clauses combining both sentences.

MOVIE SEGMENT DOWNLOAD
Posted by Claudio Azevedo at 2:33 AM

Sorry, Claudio, the worksheet link returns an error - invalid security key. Might be a temporary problem with Scribd of course.

Thanks for warning me. Try it now, please.

OK, thanks. It is good now.

THANK YOU THANK YOU THANK YOU THANK YOU!!!!!! It was a total success in the classroom and the students loved this segment as well as the one of Miss congeniality. We will continue tomorrow because it is a bit long for the time we have (55 mins).
There are great expressions in both segments to learn new vocabulary.
Oh, by the way, I managed to make the segments a bigger size with the Real Player!! Thank you again Claudio.
Greetings from Spain!!

Great, Eva. I'm so happy you have managed. Thanks for the feedback. See you.

i couldn't download this track, what can i do?

sorry Claudio, I couldn't download this track....can you help me?

Please, Use Firefox/Mozilla and download a free software called VIDEOS DOWNLOAD HELPER that is a complement for Firefox. It is easy and that's what I do when I wanto to download videos from other sites. I hope you will manage it.