This is a great, intriguing movie that takes place in Iceland, a really beautiful country.  The story makes you reflect upon the meaning of life and relationships. A must see. 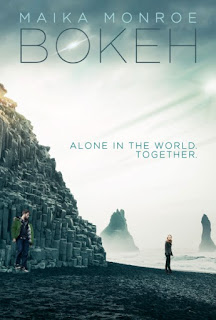 
A trick in photography where one part of the photo is in focus and the rest isn't, so attention is drawn to the subject. That out-of-focus area is called bokeh.


On a romantic getaway to Iceland, a young American couple wake up one morning to discover every person on earth has disappeared.

Watch the movie segment speculate about what happened. Then write sentences, using the following pattern:

- The population was abducted bt UFOs.

- The characters were drugged and imagined it all.

- The island population fled to another side of the country.

- People are attending a local festival far from the city.

MOVIE SEGMENT DOWNLOAD - BOKEH
Posted by Claudio Azevedo at 12:00 AM