An American Carol: In Case x In Case of

This a totally politically incorrect movie, full of misconceived stereotypes about the Arab world. Be selective when you use the segment, especially if you have students from Arab countries. I think it is a funny scene, though. I used it to practice the use of In Case (of) in a contextualized manner. 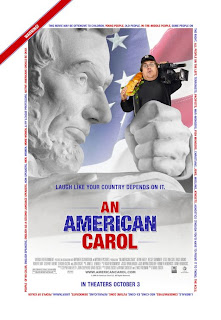 A. Watch the movie segment and then read the sentences below. Then complete the blanks with IN CASE or IN CASE OF.

They believe they need a new recruitment video _____ lack of volunteers.

Ahmed double checks his address ________ there is a mistake.


5. Ahmed wears properly, wearing clothing that is loose enough to hide his explosives _______ someone becomes suspicious of the bomb.

Posted by Claudio Azevedo at 12:04 AM

Tags: in case, in case x in case of

My students loooved it. Thanks for your words.