Just Go with It: Whose - Adjective Clauses

I truly like this scene. Nicole Kidman has a funny part and Jennifer Aniston does a great job in this attractive scene. My students loved it. 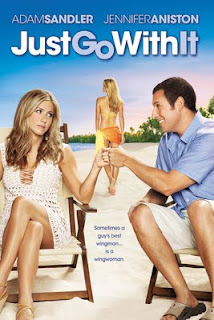 
Adjective Clauses are adjectives. However, they look like sentences because they have verbs and nouns. Notice:

I. Watch the movie segment. Match the sentences to write adjective clauses with whose. Follow the examples in the grammar hint.

1) There is a band. Their players are Hawaiian.

2) Devlin has sexy body. Her flower is orange.

3) The shortest contestant is Katherine. Her skirt is yellow.

4) The audience was thrilled. Their two choices for finalists were excellent.

5) The winner is the new Hula Girl. Her prize is just the applause of the audience.

6) Devlin and her boyfriend lost the competition. Their ball fell first.

II. Talk to a friend:

1. Was the final decision fair? Who was the best candidate in your opinion? Why?

3. Who was the funniest?

4. What's your opinion about this sort of contest? Have you ever participated in one?

1) There is a band whose players are Hawaiian.
2) Devlin, whose flower is orange, has a sexy body.
3) The shortest contestant is Katherine, whose skirt is yellow.
4) The audience, whose choices for finalists were excellent, was thrilled.
5) The winner is the new Hula Girl, whose price is just the applause of the audience.
6) Devlin and her boyfriend, whose ball fell first, lost the competition.
Posted by Claudio Azevedo at 12:00 AM