A Monster in Paris: Inversion after Negation Adverbials


This is a great, romantic animated movie. It is also perfect to talk about accepting and respecting people the way they are. I truly recommend it. 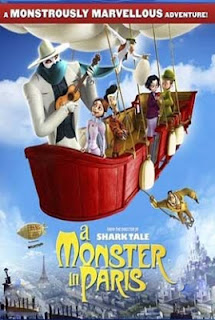 A. Watch the movie segment and rewrite the sentences, using the given adverbials.

1. Emile confessed his fears after Maud told him about her regret.


2. Parisians had never seen such an awful flood.

3. The Eiffel Tower does not usually get flooded.

5. Emile did not know it was a dragon until it spit fire.

Talk to a friend:


1. Tell your friend something about your life that you had never thought would happen to you. Start your sentences with NEVER.


2.Tell your friend a few predictions people have made for the future but you think won't become true. Start your sentences with NEVER.

1. Not until Maud told him about her regret did Emile confess his fears

2. Never had Parisians seen such an awful flood

3. Rarely does the Eiffel Tower get flooded

4. On no occasion had Emile told Maud he was afraid of asking her out.

5. Only after the dragon spit fire did Emile know it was one (a dragon).

Hi, I'm an English student from Brazil, and my teacher indicated me this blog for practice, and I absolutely loved it.
There's such a doubt I had in this exercise: In the forth sentence, can the answer be "On no occasion had Emile told her he was afraid of asking her out." ?

Yes, it is even better. Come back often.