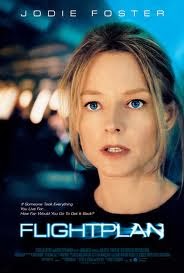 Dark Tides: Because x Because of 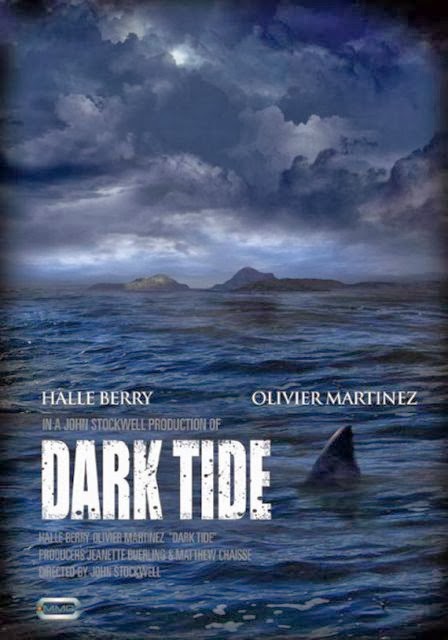 I. Watch the movie segment and match the causes and their effects. Then match the effect and its sentences, using BECAUSE or BECAUSE OF.

1. They were shooting a documentary

2. She has a dangerous job.

3. She dives  among sharks.

5. They threw a bait at the ocean.

6. Free divers have to leave the protection cage.

7. They must be very careful swimming among sharks

( ) the obligations of her dangerous occupation.

( ) that is the only way to understand  sharks behavior in the wild.

II. Discuss the following questions:
1. What's your opinion about sharks?2. Have you ever seen a live shark? Where?3. Are sharks a problem where you live or spend summer vacation?4. Is it okay to kill or hunt sharks in areas they attack human beings?5. What are the qualities of a shark?


Possible Answers. Other matches are possible, so check meaning for alternatives.


I.
1. They were shooting a documentary because they wanted to learn more about sharks.

2. She has a dangerous job because free divers swim among sharks.

3. She dives  among sharks because of the obligations of her dangerous occupation.

4. She has a security man because she has to come up to breathe.

5. They threw a bait at the ocean because it attracts sharks fast.

6. Free divers have to leave the protection cage because they want to understand  sharks behavior in the wild.

7. They must be very careful swimming among sharks because of their unpredictable behavior.


MOVIE SEGMENT DOWNLOAD - DARK TIDE
Posted by Claudio Azevedo at 12:00 AM No comments:

Cloudy with a Chance of Meatballs 2: Describing People's Physical Characteristics The first movie was so good that it makes this sequel almost unnecessary. Anyways, it has its good moments. The idea of foodimals is just great and perfect for classes in which the students have to work on people physical characteristics.

B. Watch the movie segment and then describe the  ‘foodimals’ (aka food animals) and characters below, using the words in exercise A. Make sure you say, for example, how many eyes, legs, arms they have and their colors too.

Ex: It is a spider-hamburger. It has eight legs, etc 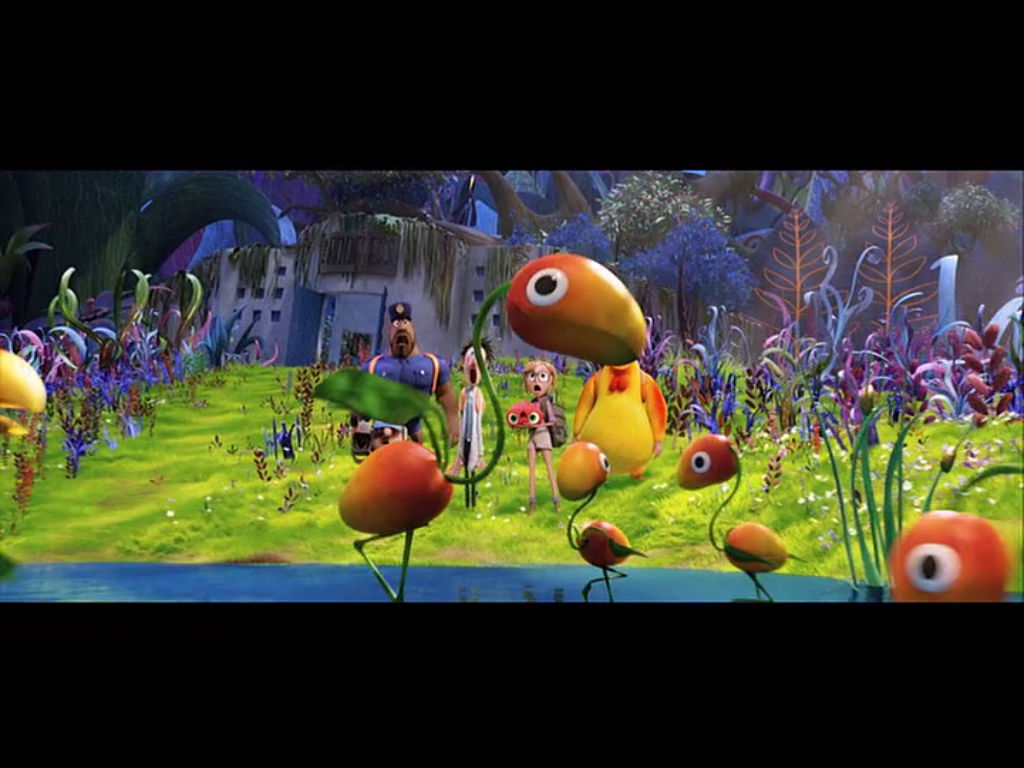 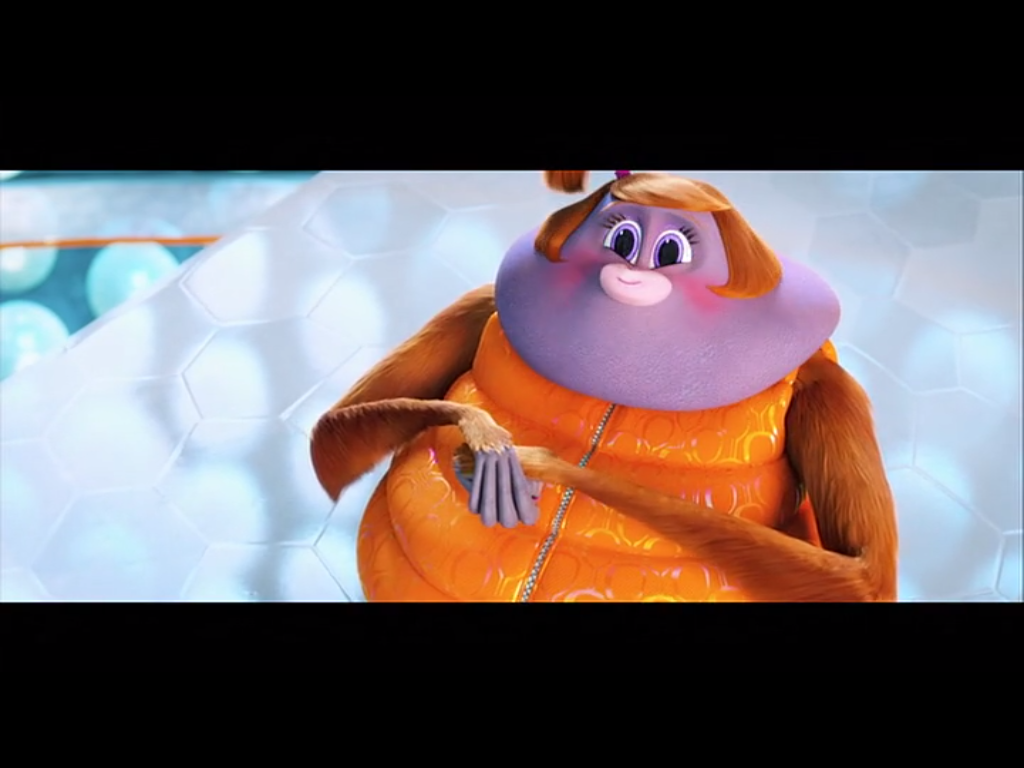 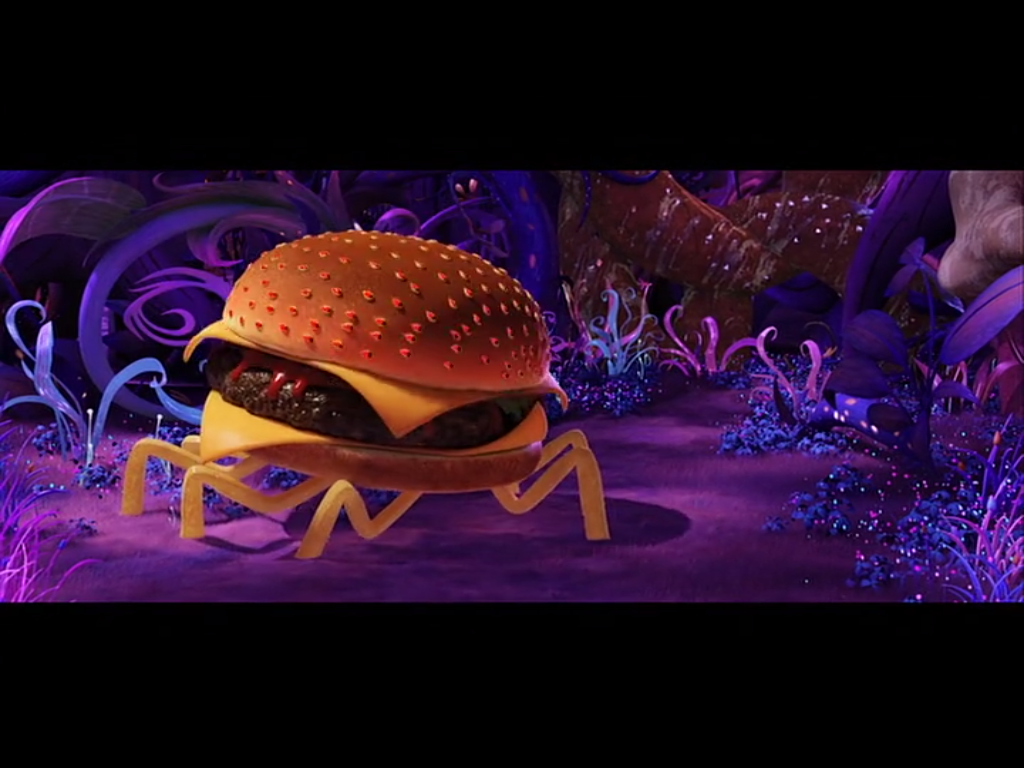 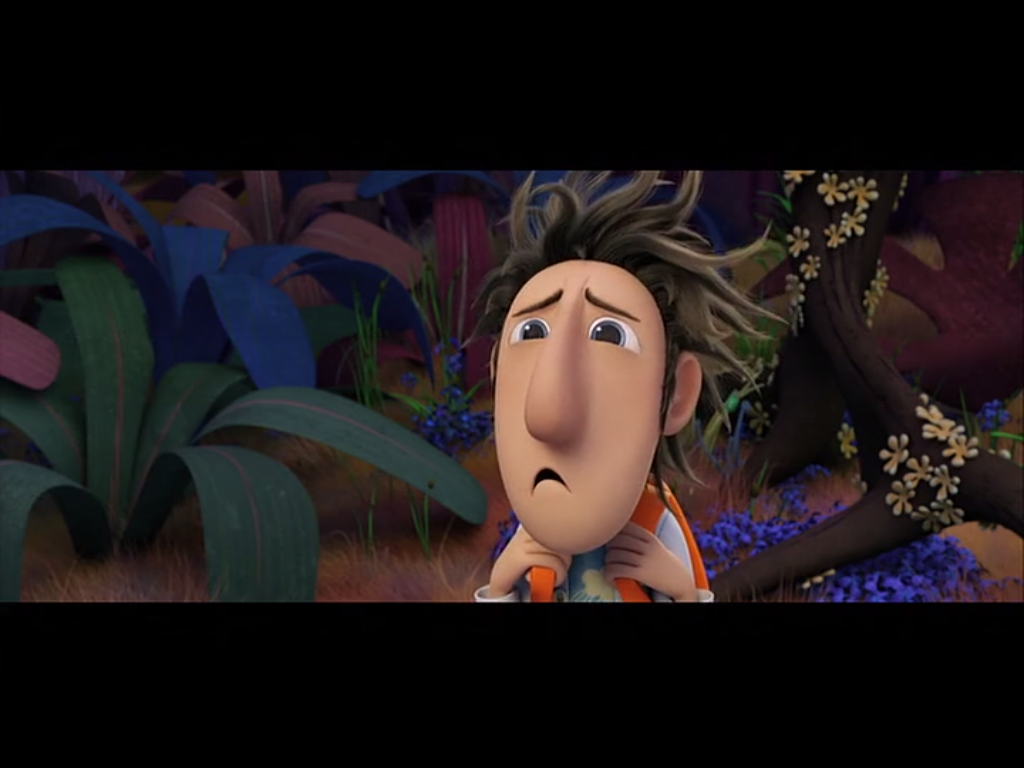 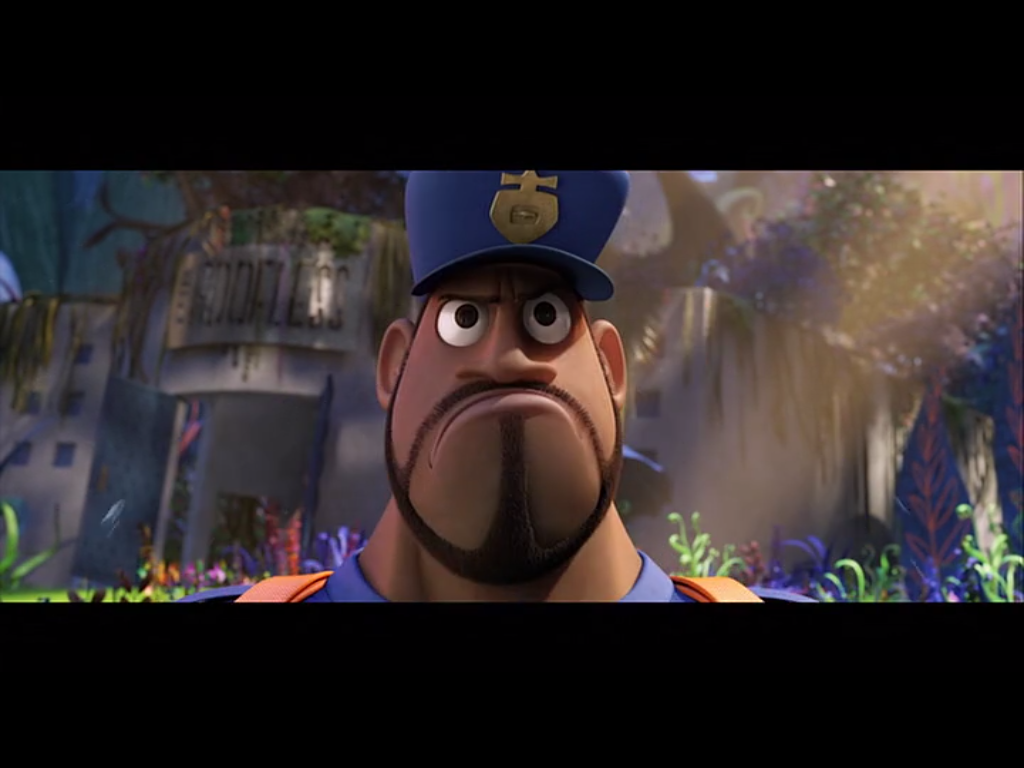 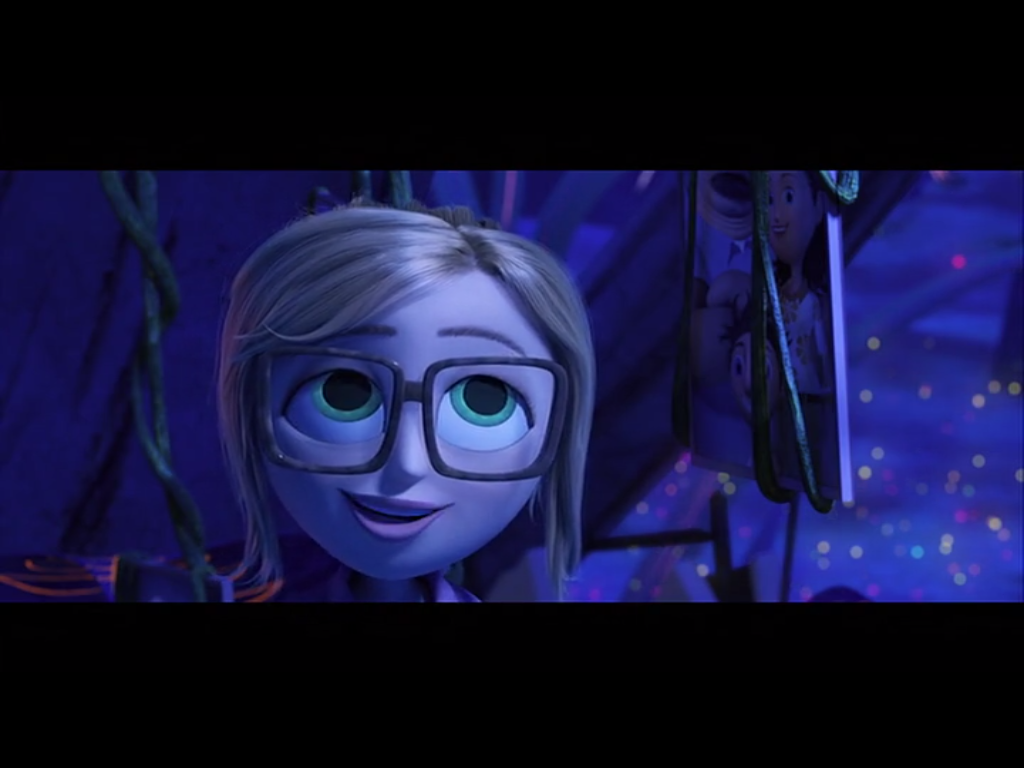 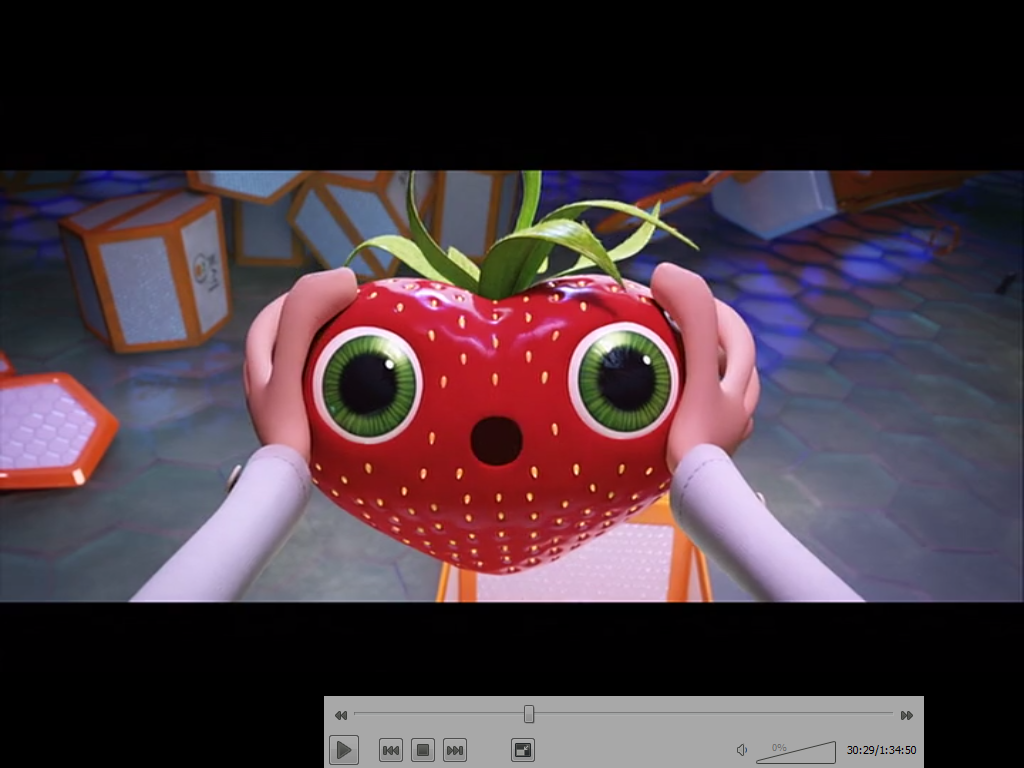 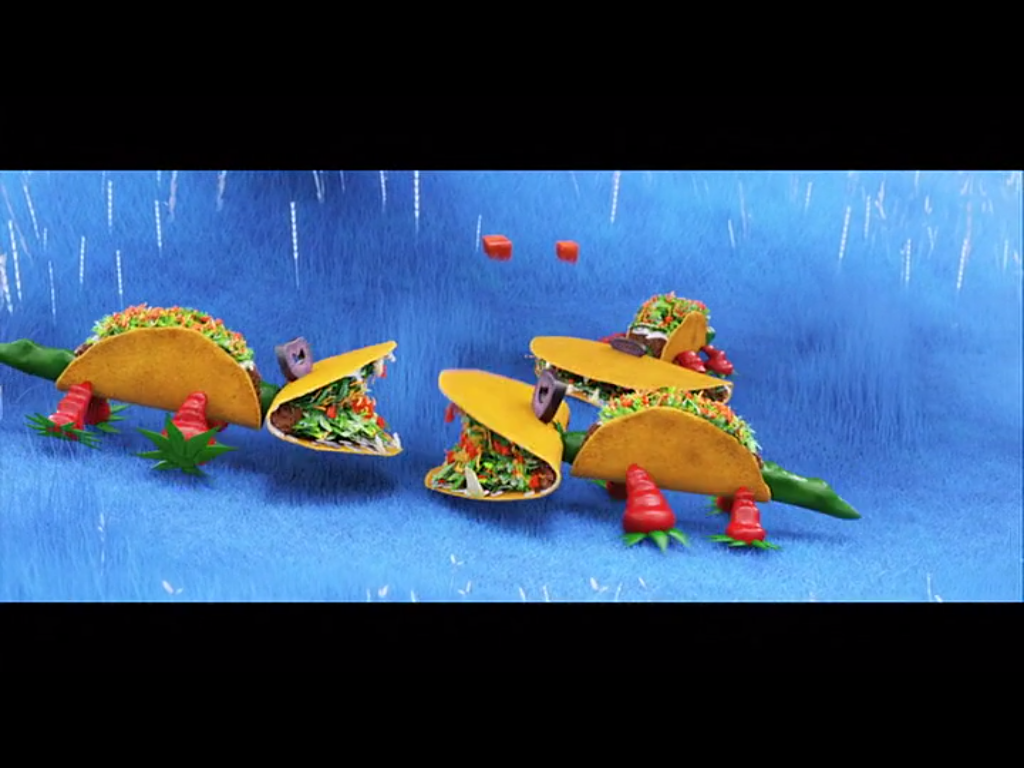 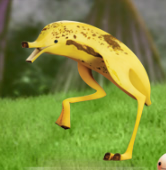 C. Draw a  ‘foodimal’ (aka food animal) or monster. Be creative. Don't show it to anyone. Give it a name too. 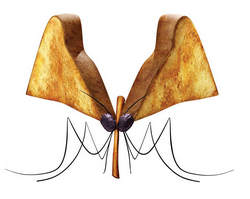 It is thin. It has six legs  and two toast (toasted) wings. It has two big black eyes and two short antennas.

D. Describe your drawing to a partner, but do not show it to him/her. Your partner draws what he/she listens.

E. When you both finish, show each other the original drawing and the foodimals your friend drew, based on your dictation. Check how similar they are.

MOVIE SEGMENT DOWNLOAD - CLOUDY WITH A CHANCE OF MEATBALLS 2

Posted by Claudio Azevedo at 1:18 AM 2 comments: