License to Wed & Death at a Funeral: Letters of Complaints 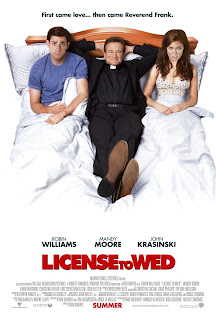 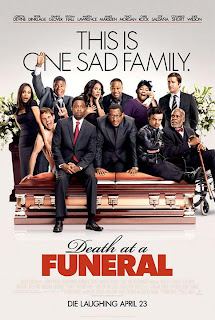 Of course writing a letter fo complaint is not a grammar point, but I have

been adding activities to practice the 4 skills, so this one is for writing. Letters of complaints are contextualized with very funny situations here. These scenes made this writing class much more interesting and meaningful.


I. Watch the movie segments from the movies License to Wed and Death at a Funeral. Both scenes are very funny, but they show consumers who are dissatisfied with the service they were provided with. When you watch the scene, make sure you observe what the problem was and how you would like the problem to be resolved.
License to Wed's Scene:


Death at the Funeral's Scene:


Imagine now that you are one of the characters from the segments you have just seen. Put yourself in his shoes and write a letter of complaint to the company who provided you with the service. Choose one of the scenes to complain. Follow the guidelines below:

WORKSHEET
Posted by Claudio Azevedo at 12:28 AM 7 comments:

Tangled: Past Perfect (with Never)

This movie is amazing. The graphics and the story itself made me have a wonderful time during my trip to New Orleans, because I saw it on the plane that flew me there. 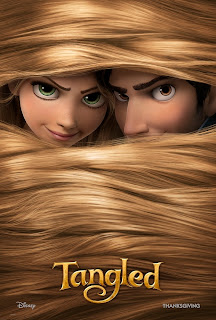 I. Write down at least one thing that you HAD NEVER DONE before the following moments in your life (select the items according to your group's ages.


- You met your current (last) boy (girlfriend) / You got married


- You passed the vestibular (PAS) (College entrance exam) (started studying at college or your current school).

- You first traveled abroad (by plane).


- You moved to the house you live in now.

II. GAME - Work in pairs. Watch the segment and write down as many sentences as you can remember about what Rapunzel had never done before she left the castle for the first time. Each sentence with correct information and grammar use scores 1 point. The winner is the group that scores most points. You have 3 minutes to write the sentences.

Sex and the City: Past Continuous x Simple Past 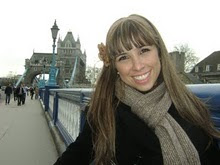 Before watching the video:


1. Fill in the blanks using words from the Box:


her - affected - examined - their - American - focused

2. Carrie is a writer and her boyfriend Big has bought an apartment for them. She is thinking about selling her apartment to help him pay the new one. Based on the following scene, write T for true and F for false (10min-14min):


b) ( ) Carrie is surprised because he asked her to get married.


d) ( ) Samantha is disappointed because Carry is getting married.

3. Carrie’s boyfriend didn’t get married with her because he didn’t feel ready. He left her at the church. Based on the following scene, answer the questions (51min-55min):

4. The girls decide to take the honeymoon that Carrie had booked. Based on the following scene, write T for true and F for false (57min-1h):


a) ( ) The receptionist was waiting for the girls.


b) ( ) Carrie thinks everything was a bad dream


d) ( ) Charlotte was afraid to eat the food because they were in Mexico.

After watching the video:


Based on the scenes we watched in class, write an ending for the story using the Simple Past and the Past Continuous.


Ex: Carrie found another boyfriend and she decided to travel to Brazil. When she was going to the airport, ...


Adapted from Wikipedia.
Posted by Claudio Azevedo at 4:52 PM 8 comments: 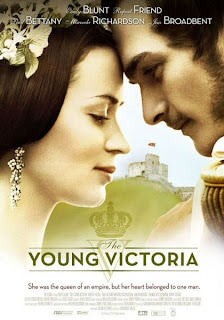 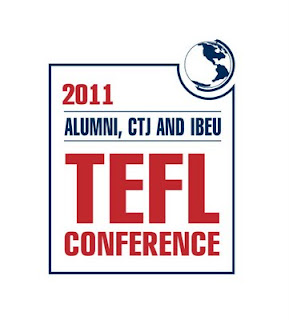 TEFL has been a great conference. Excellent presentations and professionals from the Casa Thomas Jefferson, ALUMNI - SP and IBEU - RJ eager to share their knowledge. If you have attended it, leave your impressions here, please. It is a pity it will end tomorrow.
Posted by Claudio Azevedo at 11:23 PM 2 comments:


This new version of Karate Kid in a pretty decent one. In fact, I prefer this one much better than the one from the 80's. This scene is perfect for basic learners to practice the use of phrasal verbs in a contextualized manner and have fun, playing a non-competitive game with it. 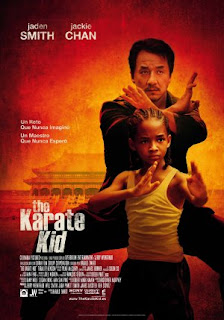 
- Give each student a piece of clothing or ornament ( a handkerchief, a shirt, a jacket, a ring, a bracelet, etc).


- Student 1 tells the class what they are supposed to do with the objects, using the phrasal verbs above. He has to be fast and the other students have to perform the action. When someone makes a mistake, he/she will be the next one to give the instructions.


Answer key: The instructions in the segment and the correct phrasal verbs are:

In my opinion, this is the best animated movie of all times. I laughed, but I cried a little too. This touching story has this beautiful scene that I used to practice the use of USED TO. It is great for the simple past tense too, but this will come up at a different post. Hope you enjoy it like my students did. 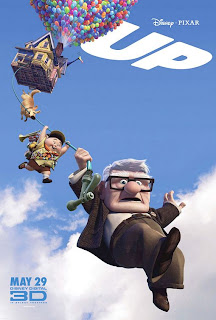 I. Watch the movie segment and check the activities the couple used to do during the years they lived together.

1 ( ) work around the house together

3 ( ) look for object shapes in clouds

II. Now write the items above using USED TO or DIDN'T USE TO.
Ex:
1. They used to work around the house together.

MOVIE SEGMENT DOWNLOAD - UP
Posted by Claudio Azevedo at 12:04 AM 8 comments: