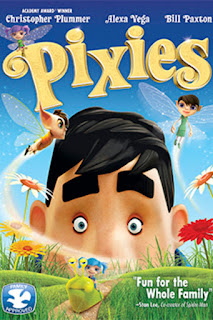 I. Work in groups. Make a list of everything you do after you wake up and before you leave for school (work). You may have different lists.

II. Watch the movie segment and write down what the man does after he wakes up.

III. Compare your list with what the man does. Then write down five different sentences about the segment, talking about the man's routine . Make sure you write affirmative and negative statements.

Ex; He brushes his teeth, but he doesn't go to work in the morning.

IV. What about the Pixies? Write down two sentences, one affirmative and one negative, saying what they (don't) do in their village.

Posted by Claudio Azevedo at 12:00 AM