I love both movies. Monster House is an underrated animated movie, and Oz is the new version of the classic, Wizard of Oz. It is always recommendable watching classics. 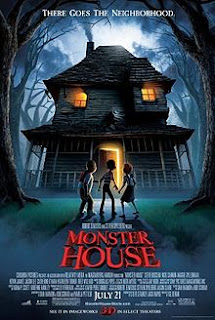 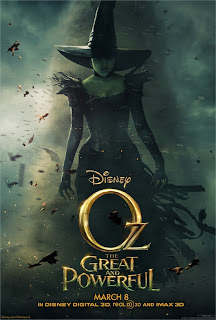 Oz The Great and Powerful:

Personification is the giving of human attributes or a personality to inanimate objects. Personification works well in children's stories such as these, as it gives a story a fun, fantastical element. It allows children to use their imaginations and expand their creativity. It is a figure of speech.

Personification can be simply an instance of human characteristic in an object. For example, a phrase such as, “The house frowned upon him” creates the idea of a house having a personality, without it being an actual character in the story. This sentence helps describe the scene and paint a vivid picture in the reader's mind. It is also indicative of the mood of the character “him.”

A sentence such as, “The sun dimmed disapprovingly” gives a characteristic to the sun that it does not normally have. It could be describing a lone character's interaction with his surroundings in a creative way.

Personification is a great fiction writing technique when it comes to characterization, describing scenes and creating story tone, and it can be used in both children's stories and adult fiction. Try personification in writing and develop your creativity.

Watch the segment from the movie Oz The Great and Powerful and write three sentences describing  the human characteristics that you could notice in China Girl. Do the same with the monkey, Finley. Make sure you follow the example:

“The house frowned upon him”
"The doll cried in pain"

Now watch the segment from the movie Monster House and repeat the process in the previous exercise.