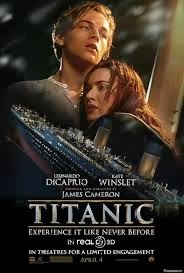 Thank you so much for this amazing lesson plan! You save me! Please save the Titanic! :P