Although many people criticized this movie, I really liked it. Thought-provoking, its two different stories hypnotized me until the last scene. This activity is to practice the use of the 2nd conditional orally. 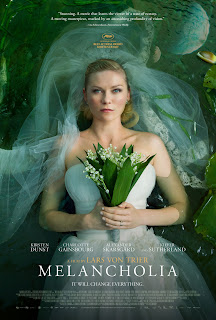 I. Work in pairs. Let's suppose that the Earth will be hit by another planet. Nothing can be done to stop the collision. It will be the end of days and there will be no survivors. The impact will be so hard that death will be painless and instantaneous.

a. Apocalypse Abbr. Apoc. Bible The Book of Revelation.

1. What would you do three weeks before the collision?

2. What would you do on the day of the collision.

3. Who would you like to be with if that happened?

4. Where would you like to be if the end of times were inevitable?

5. What would probably happen around the world on the day of the apocalypse if everyone knew what was about to happen?

6. Would people still go to work if they knew the world would end within three weeks? What consequences would it bring to every one's lives?

II. Watch the movie segment and then discuss the questions that follow.

1. How did they decide to spend the last minutes of their lives?

2. What's your opinion about their decision?

4. Do you think the world will ever end? If so, what would probably happen?

5. What's your view of the apocalypse?

6. Why is there so much speculation about the apocalypse? How afraid are you?

MOVIE SEGMENT DOWNLOAD - MELANCHOLIA
Posted by Claudio Azevedo at 12:05 AM