Hall Pass: Modal for Possibility - COULD 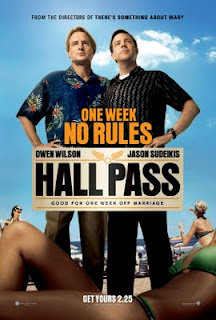 This is a funny movie with great scenes. I had a lot of fun watching it. I used this scene to talk about modals for possibility, especially COULD.

( ) 3. His action attitude becomes a scandal.

1. He could go into a lot of trouble.

2. He could be arrested by the police.

3. His action could become a scandal.

4. He could be fired

5. His fiancée could be furious at him.

6. He could fall in love with the babysitter.

7. The babysitter could fall in love with him.
Posted by Claudio Azevedo at 2:39 AM


Hello from Spain. Just discovered your blog and already using it in class!! Great ideas, simple to do and very effective. Thanks a lot for sharing!

Great to hear that. Come back often.

Hello Claudio... your blog is just amazing! Congratulations!
I'm having problems downloading the worksheet of the movie "Hall Pass"... did something happen?

Check it out now, please. Thanks for the feedback.