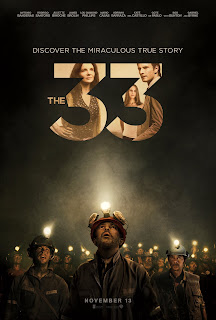 In 2010, the eyes of the world turned to Chile, where 33 miners had been buried alive by the catastrophic explosion and collapse of a 100-year-old gold and copper mine. Over the next 69 days, an international team worked night and day in a desperate attempt to rescue the trapped men as their families and friends, as well as millions of people globally, waited and watched anxiously for any sign of hope. But 200 stories beneath the surface, in the suffocating heat and with tensions rising, provisions—and time—were quickly running out. It was a struggle for survival.

Work in groups:
Imagine you were locked inside a cave for 69 days, eating very poorly. Make a list of the first things you would like to do.

Watch the movie segment. The 33 miners are having their last meal and provision - one can of tuna fish  for 33 people. Write down 5 things they wish they could do, but they can't.