Man of Steel: Could x Managed to 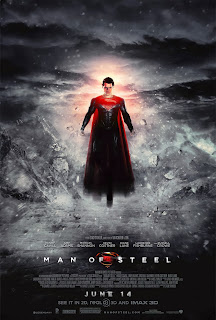 I could swim when I was six.


Last Saturday evening was tough. I felt good because I managed to swim 6,500 meters.

He could speak French quite well.

He managed to speak French to the policeman to explain what had happened.


She could design beautiful outfits.

They managed to design a dress  which pleased that customer immensely.

1. Imagine that you are a person with super powers. Make a list of five powers you would like to have, ranking them in order of priority.

2. Show your partner your list and come up with five powers you both would like to have.

3. Think about three things that you could do very well when you were a child/teen.

4. Think about one or two situations in which you managed to do something that you didn't expect you would be able to do successfully, but that you actually did.

II. Watch the movie segment and answer the questions using  "could" or "managed to", according to the situations presented in the segment. The segment is about Superman's childhood and teenage years, as well  his adults years.

1. Make list with at least three things that Clark Kent could do (general ability)  when he was younger and that his other friends couldn't.

2. Write down three things that Clark Kent managed to do (specific situations) when he was younger.

3. What can Superman do now that he is an adult?

MOVIE SEGMENT DOWNLOAD - MAN OF STEEL
Posted by Claudio Azevedo at 12:15 AM